Jake Fitzmaurice is a difficult man to track down. He rises in the dark each morning and is usually gone from his Huntington, Indiana, home by dawn. As an industrial HVAC technician, he logs long highway miles around northern Indiana, with unpredictable hours doing repairs at whatever job site he’s needed. He also squeezes in part-time Steam and Hydronics Theory teaching duties at a Fort Wayne trade school. Despite the variable schedule, Fitzmaurice is easy to find Tuesday and Wednesday evenings, when he’s out at one of the region’s local parks shepherding a mob of middle-school and high-school mountain bikers. Fitzmaurice is a founding coach for the area’s first National Interscholastic Cycling Association (NICA) team. 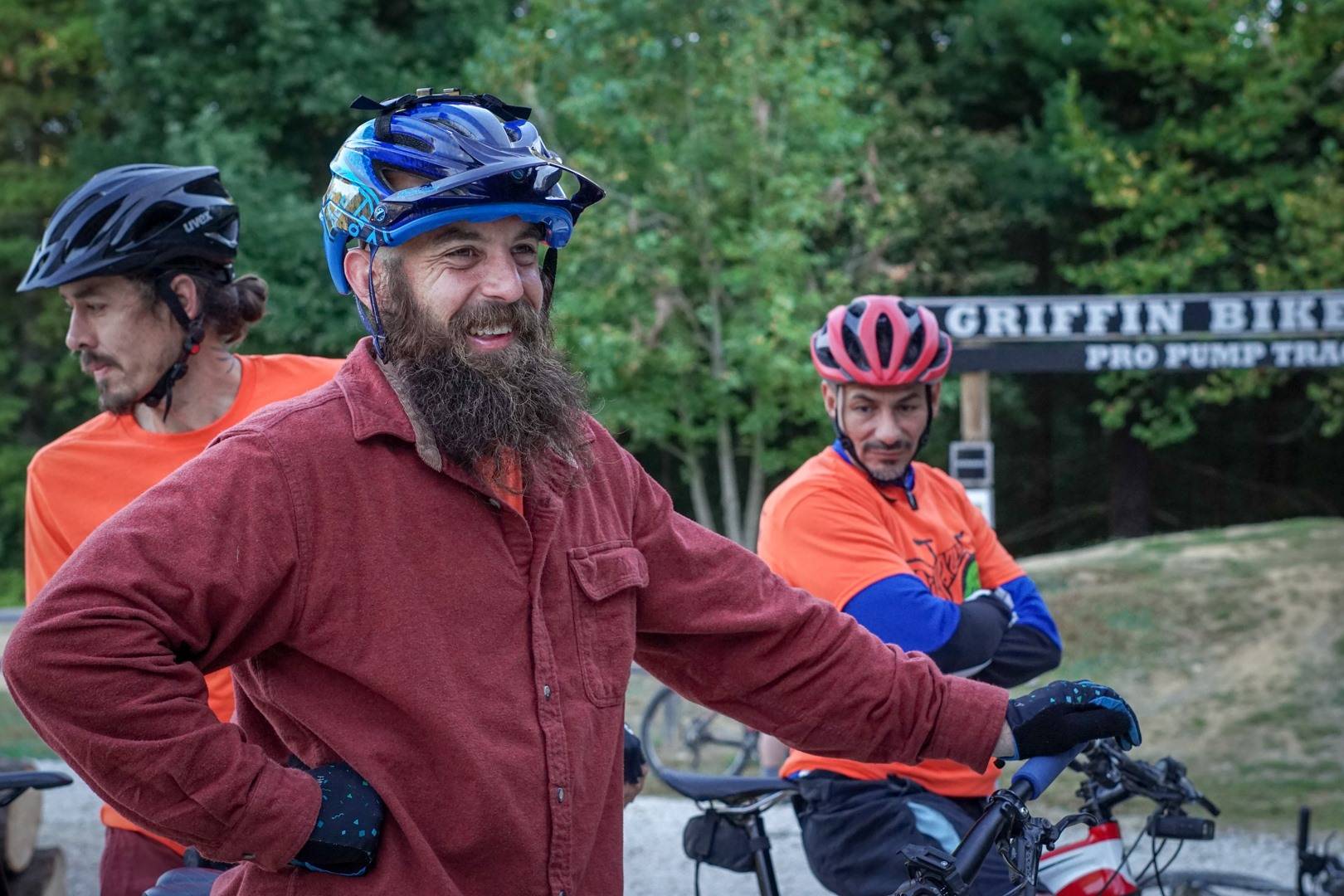 “Last year, I heard that Indiana was trying to start its own NICA league,” says Fitzmaurice, 38, “and I thought how much I would have loved to have had something like this when I was a kid. So I decided to start a team.”

This is football and baseball and basketball country, so recruiting wasn’t easy to begin. In the first season, the 2018-2019 school year, only five kids signed up. Coaches were also hard to come by as many area cyclists stick to road riding given that the region’s farm trails and swamplands don’t completely lend themselves to mountain biking. But Fitzmaurice, who has been riding for over 20 years and completed his share of events, including the formidable Marji Gesick, was undeterred.

“It was definitely slow going to start. There wasn’t a lot of interest, and most of the kids who signed up hadn’t ever ridden a bike on trails,” he says. The Midwest accounts for only around 18 percent of NICA’s 22,500 student-athletes, and in its first year Indiana registered just 25 students statewide. But that just inspired him more. “When I got involved, I planned to start a small team and just be a coach. But after a few months, I realized how bad the league is hurting in Indiana,” he explains. So Fitzmaurice doubled down. In addition to coaching, he joined the NICA state leadership committee, started skills training for coaches, and took over registration duties for the Indiana league.

Bikes were another challenge. Few kids in the area have mountain bikes, and the ones that do are often riding inexpensive department-store models that don’t last long off road. Fitzmaurice found a solution at the inaugural Outerbike Bentonville in October last year. He visited the booth for Viathon Bicycles, which he’d heard of but never seen in person. Impressed after testing the M.1, the company’s flagship hardtail, he told the reps about his challenge equipping youngsters and was able to score a great deal on three demo bikes. Those went to kids on his team, and Fitzmaurice since picked up two more M.1s, including one for himself. “The price point on these bikes is great. It’s such high quality for what you’re paying,” he says. “The kids were really excited to be riding such fast, light bikes.”

Since then, it’s all started to click. The kids, even the beginners, took to mountain biking immediately. “It’s been really enjoyable watching how they’ve progressed,” Fitzmaurice says. “By the end of the season, I was having a hard time keeping up with them.” And word is spreading quickly. Fitzmaurice has already signed up 20 students for the 2020-2021 season, and he’s hopeful to add another ten before practices start on July 7.

“I decided to get involved with NICA because I like to contribute positively to society,” says Fitzmaurice. “And because I don’t have children of my own, I felt that gave me more free time to dedicate to the cause than parents.”

Steve Matous, president of NICA, says that people like Fitzmaurice are the key to growing cycling in the U.S., as well as to cultivating responsible and engaged young adults. “Coaches are the key to NICA's outreach to students. They are mentors, role models, sounding boards, teachers, and people who hold others accountable for their actions,” says Matous. “Without coaches, we don’t exist!” He also says that it’s just as common for adults without kids as with them to volunteer to help. “Coaches often tell me this experience is as important for them as it is for the students. They are people who have a community spirit and want to give back or help youth of today.”

A few weeks before the start of the 2020 NICA season, Fitzmaurice and his 14-year-old nephew, Wes, who is on the NICA team, drove south to Brown County State Park for the first of five cross-country races in the regional summer DINO series. “It was my first-ever cross-country race but since I’m going to be coaching the kids again next year, I wanted more firsthand experience,” Fitzmaurice explains. Wes, who is the youngest kid in his 15-18 category because of his birthdate, beat over half the kids in his field and said he loved how fast his bike felt. Fitzmaurice took second in Cat. 2. “We had a great time and I learned a lot,” says Fitzmaurice. “It was a race, but it’s also not about racing. It was just fun to go down there, be with all those people, and spend the time with Wes.”